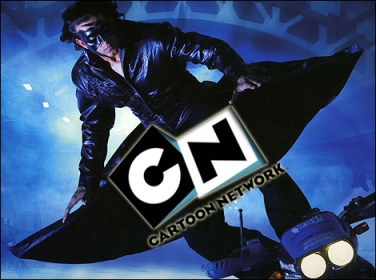 Bollywood’s popular Krrish live-action films are soon going to get more animated. According to the Hollywood Reporter, Indian studios Toonz Animation and FilmKraft Productions have inked a deal to produce four animated films based on the hit Indian superhero franchise Krrish. When completed, the films will be shown on Cartoon Network India channel. It’s the first time where a major live-action Bollywood franchise will expand into TV animation.

“The animated Krrish franchises are fun films that are guaranteed to be a visual treat with mass appeal. We are thrilled about partnering with the legendary [director] Rakesh Roshan and Cartoon Network”

”The Krrish franchise has been very well received by kids across the country, and we are certain that they will be enthralled and excited to watch this adaptation of their superhero on Cartoon Network”

The live-action Krrish franchise began in 2003 with the release of Koi…Mil Gaya (I Found Someone)  and its sequel Krrish in 2006, both directed by Bollywood vet Rakesh Roshan. Krrish 3 will be in Indian theaters later this year in time for the annual Diwali festival. Both Koi..Mil Gaya and Krrish are available on DVD in the U.S. on Netflix.