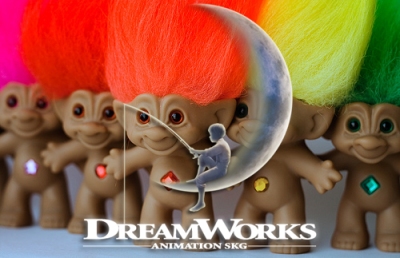 The Wish Trolls, or just “Trolls,” those wacky bouff-haired toys that were popular in
the ’60s, ’70s and ’80s are coming back, this time with the support of DreamWorks
Animation, who have announced a licensing agreement with the Dam Family and
Dam Things Out of Denmark.

The Trolls, which come with long, wild hair of many colors, were the creation of
Thomas Dam, a fisherman who carved the first troll out of wood to give to his
daughter for Christmas in 1959. Soon after, the Trolls were everywhere, becoming
one of the first “fad” toys.

DWA has assigned the newly acquired IP to Shawn Dennis, who headed the
American Girl franchise. Dennis will serve as brand manager. No word yet on what
exactly is to come from the new Trolls invasion, but with DreamWorks Animation,
expect ‘toon based media (film and/or television) and of course toys, t-shirts, video
games and everything else imaginable.

DWA will hold the licensing agreement on Trolls in every country save for Denmark,
where the Dam family will retain control.

Expect more announcements to come as the brand is unleashed in the days,
months, and years to come and DreamWorks Animation works to capitalize on their
investment.

God help us all.

5 thoughts on “Trolls to Make Comeback With DreamWorks Animation”