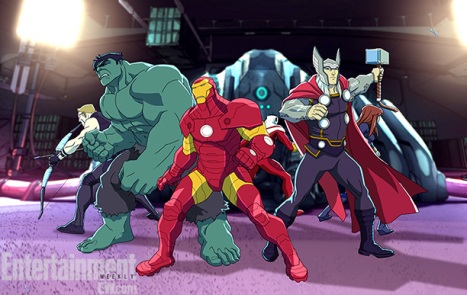 Marvel fans – Set your DVRs for Sunday, May 26 when you can catch a one-hour sneak peek of the new Avengers Assemble series from Marvel Animation on Disney XD. EW.com posted an exclusive first look of the new show.

A video preview of the series is available here:

Also check out our initial write-up of the show here. Avengers Assemble will premiere on Disney XD on July 7.