My geek-o-metor just snapped in twain! Zack Snyder, director of comic book movies 300, Watchmen and the eagerly anticipated Man of Steel, is teaming up with Bruce Timm, creator of Batman: The Animated Series and Jay Oliver, director of Batman: The Dark Knight Returns and story board artist on Man of Steel, to work on an animated Superman short for Warner Bros… and breathe.

This culmination of comic book gods is all in honor of the last son of Krypton’s 75th anniversary and will premiere at San Diego Comic-Con International this summer.  The concept is one continuous shot, paying homage to all the incarnations of the airborne superhero, from “Max Fleischer’s cartoons, on-screen portrayals by George Reeves and Christopher Reeve, iconic versions drawn by artists Wayne Boring, Curt Swan and Neal Adams, on up through Henry Cavill’s interpretation in ‘Man of Steel’.” 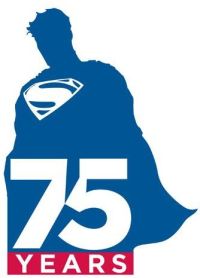 As you can probably tell this excites me a little. I’ve been a comic book fan ever since I was young and Superman has been my favorite throughout. With Man of Steel only weeks away, news of an animated homage is great to hear and maybe even the start of a new series or even an animated feature.