On September 29th, 2013, America’s favorite family will be hitting the quarter century mark as The Simpsons begins its 25th season. Across the previous 24 seasons, the coveted celebrity guest spot has become almost as synonymous with the show as the Simpsons themselves. With the upcoming season just a few months away, EW.com has revealed that among the upcoming guest stars will be the return of “The Boy Who Lived” himself, or at least the actor that portrays him, Daniel Radciffe. 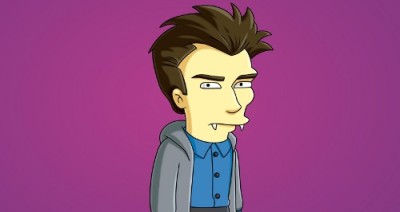 Back in 2010 was the first time Radcliffe lent his voice to the beloved animated sitcom as Dracula’s son for that seasons “Treehouse of Horror” Episode. This time around, he’ll be portraying an older boy named Diggs, who longtime show runner Al Jean describes as,”a combination of Holden Caulfield, Finny from A Separate Peace and the kids in Lord of the Flies — only a little more screwed up.” Joining Radcliffe in contributing special guest voicework throughout the season will be Kristen Wiig, Will Arnett, Elisabeth Moss and Eva Longoria.

Meanwhile, NECA Toys has found their own way to celebrate 25 years of The Simpsons along with the show’s long history of guest stars by creating a new toy line dedicated specifically to these celebrities and their cartoon likenesses. The line, which will feature a total of 25 figures, is set to debut in early 2014. The first series will consist of five figures; James Brown, Tom Hanks, Hugh Hefner, Yao Ming and Kid Rock. Pictures of the line are not yet available, but one can only imagine/hope that NECA will debut at least one or two of these at the upcoming San Diego Comic Con.