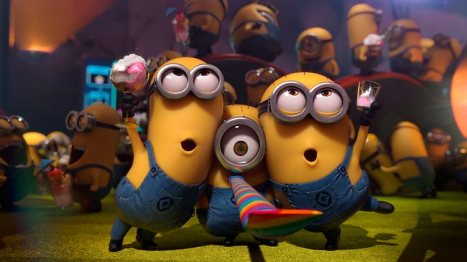 During the Comcast Q2 financial results conference call with financial analysts this past week, NBCUniversal’s chief Steve Burke said that Illumination Entertainment’s hit film Despicable Me 2 will become “the single most profitable film in the 100 year history of Universal Studios.”

According to Box Office Mojo:

“July box office was driven primarily by Despicable Me 2, which earned as much as the next three titles combined. Building on goodwill from the first movie, the animated sequel finished the month with a fantastic $314 million, which ranks sixth all-time among animated movies. Overseas, it’s doing fantastic business as well, and could end its run with over $800 million worldwide. This is great news for Universal Pictures, which already has a Minions spin-off scheduled for next Christmas.”