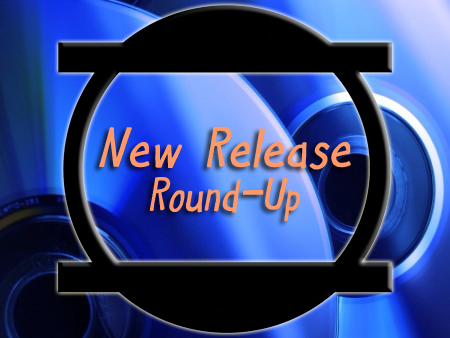 Our featured release, The Sword in the Stone: 50th Anniversary Edition, is one for the whole family! Adventure, humor, and an Academy Award-winning score await you in a magical story that will delight!

Brand new on Blu-ray, Robin Hood: 40th Anniversary Edition is sure to thrill classic animation fans! The Disney classic is loaded with special features, including sing-a-longs, trivia, and an interactive read-a-long!

Also new to Blu-ray from Walt Disney Animation Studios this week is Oliver and Company: 25th Anniversary Edition. Disney’s animated take on Charles Dickens’ Oliver Twist includes a making of featurette, some classic Disney shorts, and many other bonus features.

For all of the Bronies and Pegasisters out there, we have My Little Pony: Equestria Girls. I happened to miss this one in theaters when it was in circulation here not too long ago, but I have heard good things about it from friends who caught it. The film brings the twist that instead of ponies, our characters are shown as humans in a high school setting. Definitely a must-see for fans of the series!

Triggerfish Animation Studios’ very first film, Adventures in Zambezia, is a film in the same vein as Rio, telling the story of a sheltered bird who seeks adventure in sought after places. It features an ensemble voice cast including Abigail Breslin, Jeff Goldblum, Leonard Nimoy, and Samuel Jackson.

Anything jump out at you this week? Let us know what you think! As always, clicking through our Amazon links to make your purchases greatly helps us out! Thank you!