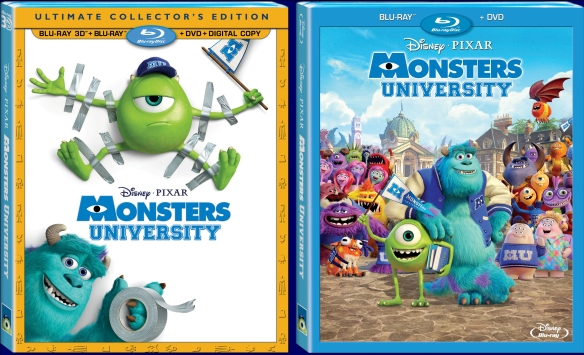 This October get ready to head back to college as Pixar’s fourteenth feature film, Monsters University, hits Blu-ray, DVD, Digital HD and Digital HD 3D. The digital releases will street a few weeks earlier (October 8th) than the physical copies,  which will be available October 29th. Check out a detailed list of all the bonus features after the jump!

There will be many different options for you to choose from when you decide to pick up a copy of MU, among them are:

So are you excited to get your hands on your very own copy of Monsters University? If so, what version will you be picking up? Let us know in the comments below.