Disney Channel has another reason to be happy—It’s reported that their Phineas and Ferb: Mission Marvel special which aired last Friday, August 16 has earned the series’ highest numbers in over six months.

I had a chance to watch the special over the weekend and thought it was a lot of fun—classic Phineas and Ferb with a lot of entertaining Marvel stuff thrown in as well. 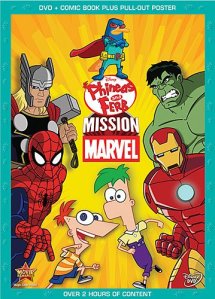 The special will be available on DVD October 1st.

Did you see Phineas and Ferb: Mission Marvel? What did you think about it? Let us know in the comments below.