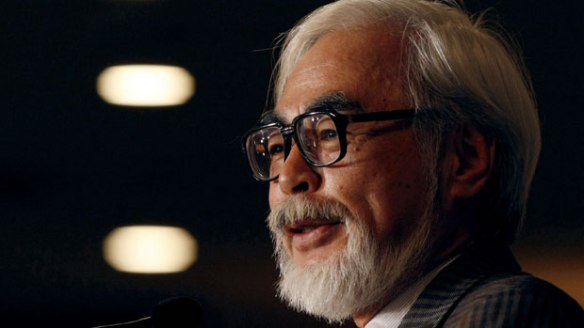 Although revered animation director Hayao Miyazaki is retiring from directing animated feature films, he is not going to stop his creative work. The Japan Times has posted a video of last week’s press conference with Miyazaki where he talked with the media about the reasons behind his retirement and his plans for the future.

Given the multiple years it takes to make an animated motion picture, Miyazaki said that, at his age (he is three months away from turning 73 years old), making another film “could take six or seven years…then, I’ll be 80…No matter how physically fit and healthy you are, it’s a fact that year after year the amount of time you’re able to concentrate on that decreases…Those physical issues that occur with age, there’s nothing you can do about them, and hating them doesn’t make a difference…Therefore, all I can do is persist in doing things on my terms and I made the call that feature films would be impossible.”

Instead, Miyazaki is going to focus his energies on doing “the things I end up wanting to do and the things I can do.” While he didn’t go into any specifics, stating that If he “made some public announcement (about what I want to do) and failed to achieve it, that would make me look really stupid,” he did say that he wants to “continue to work as long as I can drive and commute back and forth between my home and the studio.”

Regarding the future of Studio Ghibli, Miyazaki said that “things from now on will depend on various people’s ambitions, hopes, and talents.