Bleeding Cool has published a new teaser poster for Pixar Animation Studios’ 2015 feature The Good Dinosaur. The poster, which is watermarked with the random Argentinean movie poster site “JPosters.com.ar” definitely has a Pixar look and feel to it. Whether it’s truly legitimate or not is anyone’s guess (we trust Bleeding Cool, but are unsure about JPosters.com.ar). 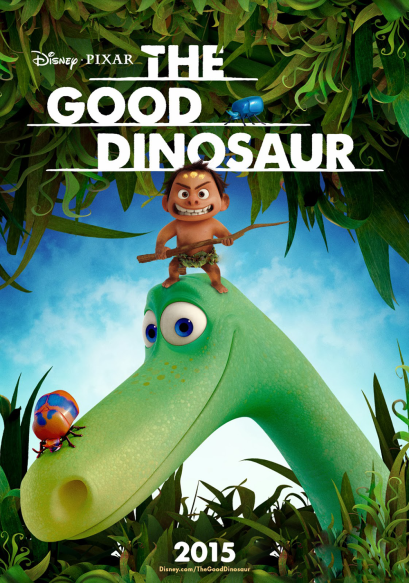 With the release date of The Good Dinosaur being pushed to November 25, 2015, it seems rather unusual to have a teaser poster two years early, not to mention before any publicity has been released for Pixar’s next feature, Inside Out, currently scheduled to be released on June 19, 2015.

In the meantime, enjoy this great poster featuring Arlo the dinosaur and his little human friend, Spot. We’ll keep you posted as we learn more.

Interesting commentary has abounded online today about this poster. As published on Big Screen Animation, most likely the poster is just a mockup that was leaked from the studio. While the character designs look on model to what was shown at the D23 Expo 2013 last August, the poster uses design elements for grass and foliage that look strangely similar to those used in the Cloudy with a Chance of Meatballs 2 one-sheet poster. Also in the comments on the Big Screen Animation article, a tweet from a Pixar animator was referenced that said the poster was “Not Pixar endorsed” (the tweet has since been removed). We’ll continue to update this article as more information surfaces.