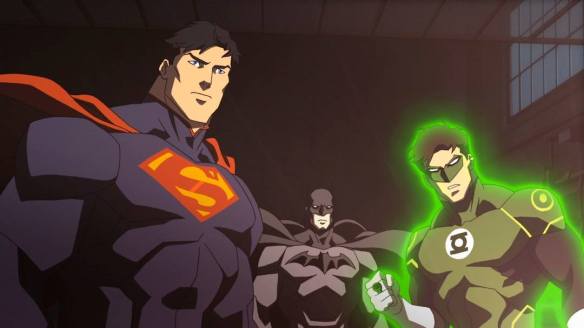 A trailer has debuted online for Justice League: War, a new DC Comics original animated film. The film is based on the 2012 graphic novel Justice League Origin by Geoff Johns and Jim Lee.

“When the powerful Darkseid and his massive, relentless forces invade Earth, a group of previously unaligned super heroes – misunderstood and, in some cases, hunted by the authorities – discover the only way to fend off the attack will be to work together as a cohesive unit. Batman, Superman, Wonder Woman, Green Lantern, Flash, Shazam and, in his origin story, Cyborg combine their respective talents in an all-out battle to save the planet.”

Justice League: War is scheduled to be released on Blu-ray, DVD, and digital download on February 4, 2014.

1 thought on “Watch This: Trailer for ‘Justice League: War’”