Seventy-three years ago today, Walt Disney Productions released their third Animated Feature, Fantasia. I didn’t realize that this film was so closely released after Snow White and Pinocchio—in fact it was released the same year as Pinocchio! There are so many remarkable things about this film, which was initially a bomb in the box office, but which has gone on to be the 22nd in the US (when adjusted for inflation). It initially had mixed critical reviews, but today has a Fresh rating of 96% on Rotten Tomatoes.

In Fantasia, there are eight segments animated to classical music conducted by Leopold Stokowski and mostly played by the Philadelphia Orchestra. The idea began as a Silly Symphony short starring Mickey Mouse to help boost the little guy’s declining popularity. This is the “Sorcerer’s Apprentice” sequence in the film, arguably Mickey’s best known short after “Steamboat Willie”. One interesting factoid about this segment is that the animators reportedly modeled elements of the sorcerer after their boss. They called the character Yen Sid (Disney backward). Also, Mickey was redesigned with pupils for this film, although the redesign was used after to make several Mickey shorts that were actually released before Fantasia, so audiences saw the updated look before the film came out.

Fantasia was the first commercial film shown in stereophonic sound (stereo) and much of the high production cost was due to the fact that they had to go install sound systems in theaters around the country for it to be heard. Perhaps for this reason and the fact that the film plays classical music with some very artistic, often non-linear storytelling added to why many moviegoers didn’t go see the film, calling it too highbrow and esoteric. It is also the only Disney animated film to hit 2 hours in length.

Disney would re-release the film many more times, each time gaining a bit more traction. The film would finally become a smash hit in the 1960s, with audiences grooving on the psychedelic animation big time. In 1999, Disney Studios would produce a sequel to the film, Fantasia 2000, and this also boosted sales and popularity of the original film. My favorite spinoff from Fantasia is Fantasmic, the awesome show on the water at Disneyland, Disney World and apparently Tokyo Disney as well. 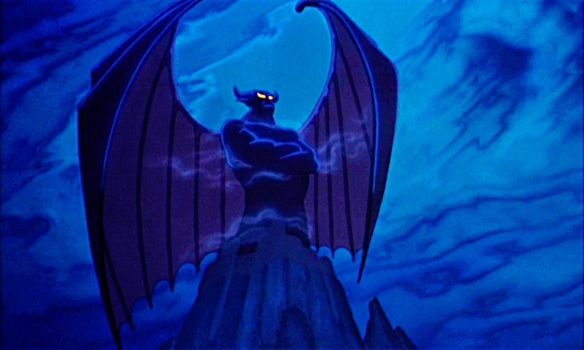 There is a lot more to be said about this great film and I would highly recommend picking up the Blu-ray edition which has both Fantasia and Fantasia 2000 in their entireties (many re-release of the film have included big cuts in sequences and sound quality). Fantasia really is a beautiful film, even if it isn’t the best film to occupy five-year-olds and those of us with varying degrees of ADD. The film is breathtaking, innovative and invaluable in the history of animation.