The Walt Disney Company’s forever young symbol and star Mickey Mouse turns 85 today. As we all know, Mickey’s theatrical debut was in the short film Steamboat Willie which premiered in New York City on November 18, 1928.

The day-long special programming will begin with back-to-back episodes of Mickey Mouse Clubhouse at 10:30 a.m. – 1:00 p.m. ET/PT (check your local listings). Mickey Mouse cartoons will then air every half hour beginning at 1:25 p.m. ET/PT leading up to the premiere of Potatoland at 8:00 p.m. ET/PT. Potatoland will be available on November 19, 2013 to view online at Disney.com, WatchDisneyChannel.com, the WATCH Disney Channel app, the Disney Mickey Mouse app, and iTunes. 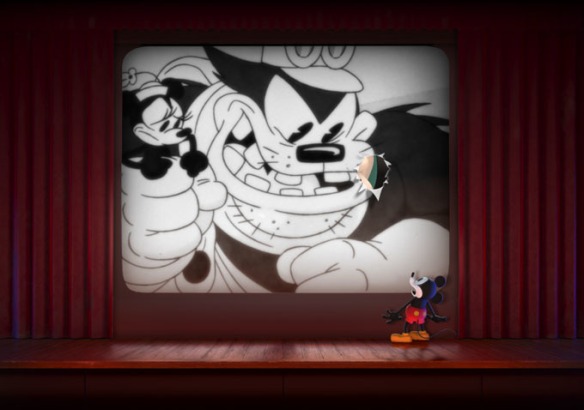 As we’ve been writing about for months, Mickey is also starring in a new theatrical short called Get a Horse!, which debuts in front of Walt Disney Animation Studios’ new feature film Frozen opening in U.S. theaters on November 27, 2013. Created by the artists at Walt Disney Animation Studios, the innovative 3D short has been making the rounds at multiple festivals this year to great acclaim. It is also on the short list to possibly receive an Academy Award nomination for Best Animated Short Film. We don’t want to give too much away, but you’ve got to see it to believe it. Let’s just say it’s a worthy birthday gift for our favorite cartoon mouse.