As previously announced, Walt Disney Animation Studios’ 19th animated motion picture The Jungle Book is coming to Blu-ray on February 11, 2014. This is the first time on Blu-ray for this film, which is the last animated feature that Walt Disney himself personally worked on before his death in 1966.

The Blu-ray will contain a new HD transfer of the film along with all new “Diamond Edition” extras which include: 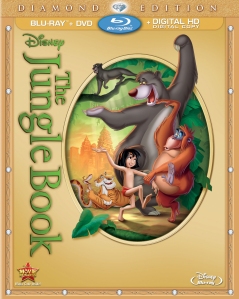 Here are the technical details:

Will you be picking up a copy of The Jungle Book on Blu-ray? Let us know in the comments below.