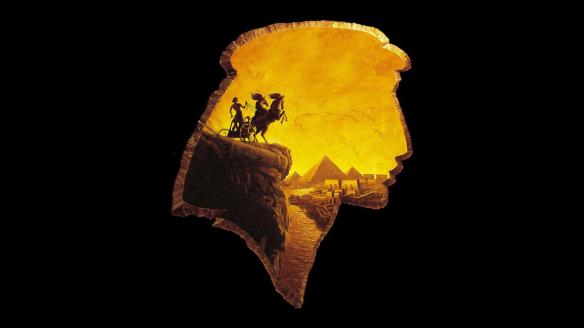 Fifteen years ago, Disney was shown again that they aren’t the only animation company capable of captivating audiences with award-winning music, story and design. The Prince of Egypt was DreamWorks’ first hand-drawn film and follows the story of Moses as told in Exodus of the Bible.  The film was critically acclaimed and enjoyed fantastic box office numbers, being the second non-Disney animated film to top $100 million (the first was [drumroll, wait for it] The Rugrats Movie). Its numbers wouldn’t be matched by a non-Disney film until The Simpsons Movie in 1997.

DreamWorks Studios was originally founded in 1994 by Steven Spielberg, Jeffrey Katzenberg, and David Geffen. Katzenberg had left Walt Disney Studios after some tense power struggling with Michael Eisner following the sudden death of Frank Wells that same year. Spielberg and company would go on to produce several successful live action films, culminating in Saving Private Ryan. In 1998, DreamWorks released Ryan as well as its first two animated features, Antz and The Prince of Egypt. In all seriousness, the fact that DreamWorks chose such a religious, controversial and moral tale for its first traditional film out of the gate is quite commendable. Apparently, Katzenberg had pitched the idea many times over several years at Disney, but Eisner did not like it.

The Prince of Egypt stands out in my mind as one of the DreamWorks films I genuinely appreciated. I was (and am) an animation snob in many respects and I found it (still do) annoying to say the least that DreamWorks would churn out what I saw (still see) as knock-off films of far superior Pixar movies. Antz kicked this off, since A Bug’s Life—in my mind—is so much better. They were also released less than a month apart from each other, begging the question “who ripped off whom here?”

In any case, that isn’t the case for Prince of Egypt. The film undoubtedly shares some thematic similarities to traditional animated films, but it is wholly its own entity. That isn’t to say the film is perfect, but it is beautiful and charming and adventurous. This film also has what has become a staple in DreamWorks animated films—tons of Hollywood actors doing voices. Val Kilmer plays Moses—and he does a pretty nice job throughout. Ralph Fiennes plays Rameses Jr, Moses’ adopted brother and the ruler Moses must eventually overcome. There’s also Michelle Pfieffer, Sandra Bullock, Jeff Goldblum, Patrick Stewart, Helen Mirren, Danny Glover, Steve Martin, and Martin Short. Also of note is that the film was co-directed by future Pixarian (who has now returned to DWA) Brenda Chapman.

The music in the film is whimsical and powerful. Their title song “When You Believe” got DreamWorks an Oscar for Best Original Song in 1999.  According to IMDb, the crew consulted with over 600 religious experts to make the film as accurate as possible. Also, the film has been banned in several Muslim nations. Another cool piece of trivia is that Val Kilmer plays the roles of Moses and God, which Charlton Heston also did in The Ten Commandments from 1956.  The character designs are sharp and stylized, which offers a nice juxtaposition to the increasingly realistic CG animation.

The Prince of Egypt is a well done film and the music and dialogue are all solid. Since the film is available for streaming now on Netflix, if you haven’t seen this film lately—check it out!

2 thoughts on “A Fascinating Day In Animation History: DreamWorks’ ‘The Prince of Egypt’ (1998)”