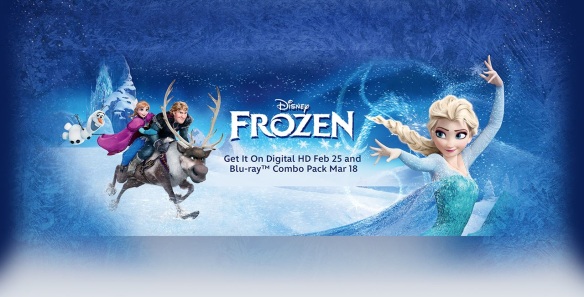 Disney has officially announced when all the Frozen fiends can get their perpetual fixes. The studio will release the film on Blu-ray and DVD on March 18th with an early release of the film digitally on February 25th. Disney’s first go at pre releasing the digital copy happened with Wreck-it-Ralph and the results must have been good for them to do it again. This has been a definite trend in the animation and film world at large of late.

A recent Financial Times article discussed the overwhelming success animation companies have been enjoying from this “early windowing” phenomenon. According to the article, digital purchases rose 50% in 2013 and will actually eclipse DVD sales in 2014.  Last year, digital movie sales raked in $1 Billion in the US. 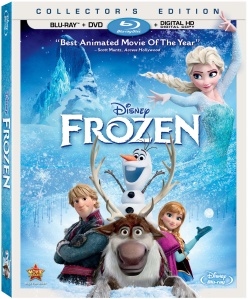 As for the Frozen Blu-ray, there are special features, though still no director’s commentary or audio commentaries of any kind. Also, the 3D version of the film will only be available digitally, perhaps representing the disappointing figures in 3D HDTV sales (but disappointing nonetheless for those who were looking forward to a 3D Blu-ray release).

So, Frozen fanatics can finally have all the Anna, Elsa, Olaf, Sven and Kristoff their hearts can handle. Do you wanna build a snowman?