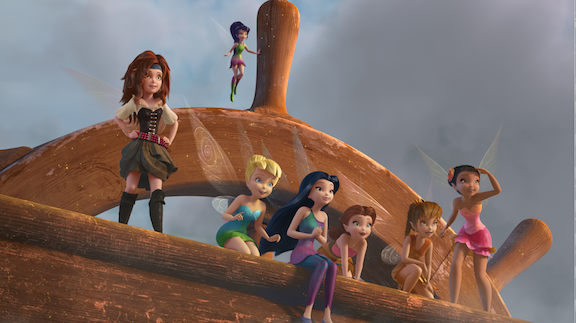 We’re now only a few weeks away from the release of Disney’s newest addition to the successful Fairies franchise, The Pirate Fairy. As we reported in January, this installment will introduce a new character, Zarina, voiced by Christina Hendricks (TV’s Mad Men).  Disney has now released an extended clip showcasing the chief conflict in the movie—a scene in which Zarina steals the blue pixie dust and takes it to a band of pirates.

To be honest, I found the clip to be clever and engaging. I have only seen the first film in the series, Tinker Bell, but I was pleasantly surprised by it—a trend which hopefully will extend to this film as well. I love when I hear professional voice actors, too, so Rob Paulsen in this clip made me smile. The Pirate Fairy is a direct to DVD and Blu-ray release, which will be available on April 1st. Check out the clip for yourself, but my thought is that this may be one for the Tinker Bell fans’ collections.