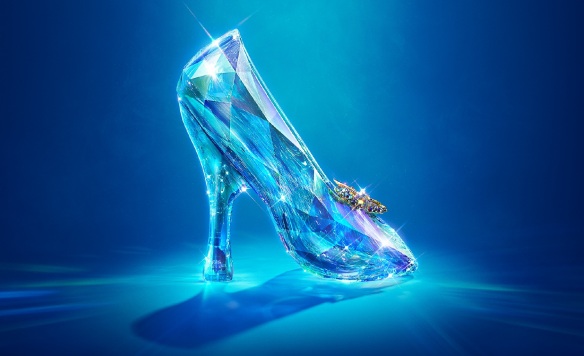 The Walt Disney Studios has released a new teaser trailer and poster for its upcoming live-action telling of Cinderella. The teaser is, well, truly a teaser. It reveals nothing except that our live-action heroine (played by actress Lily James) must learn to walk in some seriously high (and fragile) heels.

Directed by Kenneth Branagh, the film also stars Cate Blanchett as wicked stepmother Lady Tremaine, Holliday Grainger and Sophie McShera as the wicked step sisters, Helena Bonham Carter as the Fairy Godmother, and Richard Madden as Prince Charming. Also in the cast are Haley Atwell, who plays Cinderella’s mother, Derek Jacobi as the King, and Stellan Skarsgård as the Grand Duke. No word yet on how the story will differ from Disney’s classic 1950 animated feature film.

1 thought on “Watch This: See a Spinning CG Shoe in New ‘Cinderella’ Teaser”