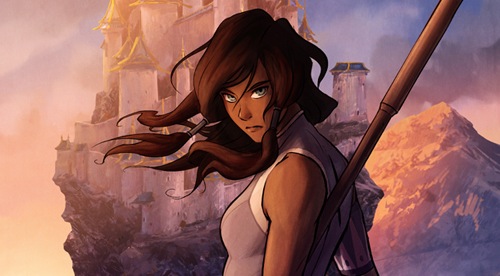 Nickelodeon has begun airing season (or “book”) three of their series The Legend of Korra. Season three, entitled Book Three: Change, quietly made its debut on Friday, June 27th with three new episodes (or “chapters”) shown consecutively that night. New episodes will begin airing again on Friday, July 11th. Select past episodes can be viewed on Nick.com.

Nickelodeon wasn’t overly communicative about the season/book three air date. Only one week’s notice was given when Nick decided to air the series debut, which was a likely cause for the reported low ratings that night. Hopefully, word will get out that the show is back on the air and fans will return to see Korra, Tenzin, and Team Avatar back in action.

The Legend of Korra is set 70 years after the events of Nickelodeon’s popular Avatar: The Last Airbender series. The show is created and co-produced by Michael Dante DiMartino and Bryan Konietzko at Nickelodeon Animation Studios in Burbank, California. Animation is done by Studio Mir in South Korea.

1 thought on “‘Legend of Korra’ Returns for Third Season”