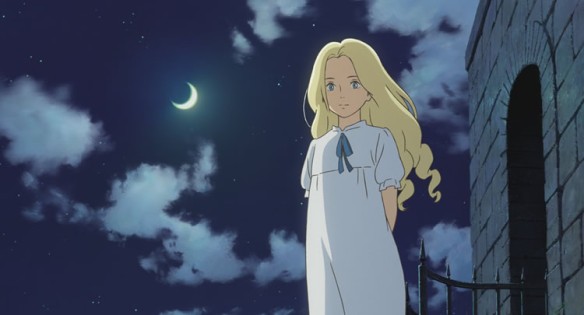 We’ve just checked out the new Japanese trailer for When Marnie Was There, the next animated feature from Studio Ghibli, and it’s a beauty.

The new film is directed by Yonebayashi Hiromasa, who also directed The Secret of World of Arriety for the studio. The film is based on the English language novel of the same name by Joan G. Robinson. It tells the story of Anna, a young girl who hasn’t a got a friend in the world until she meets Marnie among the sand dunes. But Marnie isn’t all that she seems–turns out that she is actually a ghost. The hauntingly beautiful visuals and music in the trailer show that this is another film from Studio Ghibli not to be missed.

According to the Studio Ghibli Twitter feed, the team finished the English subtitles for the film over the weekend. When Marnie Was There opens in Japan on July 19th. No word yet on when the film is coming to the U.S.

2 thoughts on “Watch This: New Japanese Trailer for Studio Ghibli’s ‘When Marnie Was There’”