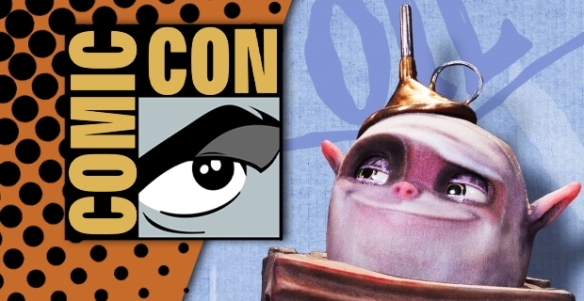 So, as much as I have always loved comics, cartoons and everything related to the world of being a nerd, generally, I have never attended or paid much attention to the many, varying comic conventions that are so popular these days. Maybe because I haven’t lived in SOCAL that long, but I now realize how incredibly out of the loop I am. In researching what, in relation to animation, this year’s Comic-Con has to offer, I have been bowled over by all the cool exhibits, guests and products available to the 130,000 fans that managed to get tickets to this exclusive event. I went online to try to pick up a ticket for Sunday because I am off work, but apparently I need to locate the Doctor about traveling back in time, since they are all long sold-out.

Comic-Con began as a relatively low-key affair in 1970, but is now a full-blown media frenzy and a perfect way for big studios to hype their upcoming projects. This year’s lineup will surely not disappoint as Peter Jackson will be there talking about his last Hobbit film, The Battle of the Five Armies coming this December. Also, Daniel Radcliffe makes his first stop by SDCC and the creators of Fight Club and Teenage Mutant Ninja Turtles (not the same person, but that would be a really cool guy) are also giving talks. DreamWorks will unveil more of its The Penguins of Madagascar, and Home. Fox will be pumping up The Book of Life, the Guillermo del Toro produced film and Focus brings The Boxtrolls, the latest stop-motion film from Laika. 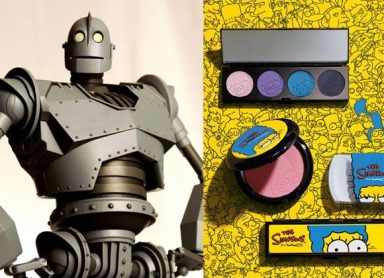 The Simpsons are doing some interesting PR this year with Mac, the high-end makeup company. They’re revealing a line of products styled after Marge Simpson and offering Marge makeovers to attendees. Mondo Tees has also designed a highly realistic Iron Giant model with “30 points of articulation” as an homage to the 15th anniversary of that (amazing!) film.

Apparently, there will be an insect chef in attendance offering culinary choices in the vain of what a Boxtroll would eat. It’s also Batman’s 75th anniversary, so there’s a lot of hullabaloo going on about that. Oh, and since last year’s biggest splash was made by Marvel when Tom Hiddleston showed up fully costumed as Loki, his alter ego, all eyes will definitely be on them to see what they’ve got up their sleeves this year.

J.J. Abrams was one fans had hoped to make an appearance with some Star Wars news and goodies, but apparently he will not be in attendance, although the new animated series, Star Wars Rebels will help fill the death-star shaped void in fans’ hearts. Are you attending San Diego Comic Con this week? Let us know in the comments below!