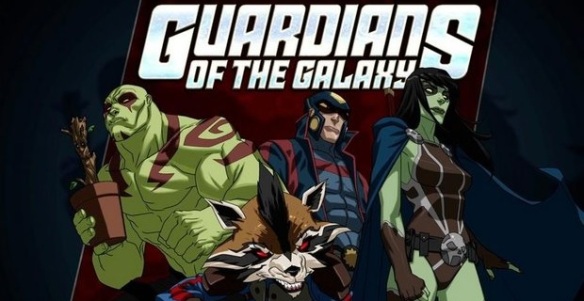 At the Marvel Animation panel at SDCC Comic-Con 2014, Marvel Animation senior vice president Eric Radomski and other members the Marvel team discussed their latest and greatest TV animation projects, including the announcement of a new Guardians of the Galaxy animated TV series.

As reported by IGN, the panel began with a discussion of season three of Ultimate Spider-Man: Web Warriors which will make its public debut in September on Disney X-D. Also announced was the second seasons for Avengers Assemble and Hulk and the Agents of S.M.A.S.H.

The panel ended with Marvel showing a clip of an animated Star Lord and Rocket Racoon  and announcing that Guardians of the Galaxy will get its own animated series soon. No further details were given, but we, along with the crowd, were all stoked to hear the news.

1 thought on “‘Guardians of the Galaxy’ Animated Series in Development”