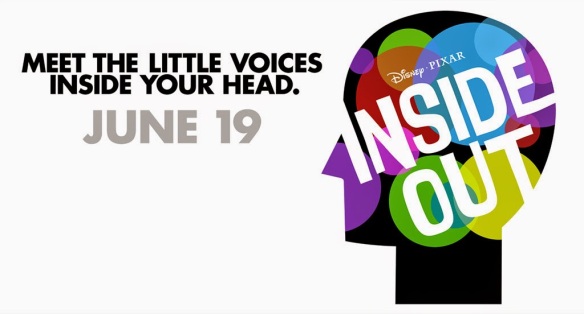 What a Tease! Inside Out Trailer is as Dazzling as it is Devoid of Plot, per the norm for Pixar.

Though they didn’t invent the practice, Pixar has certainly done a lot to raise the bar of what a teaser trailer should be over the last twenty years. After watching the much-anticipated teaser trailer for Pixar’s fifteenth full length feature film, Inside Out, it got me thinking about the ways Pixar has messed with our minds over the decades and how (literally) they are doing it again.

The trailer opens with a montage of clips from every Pixar film except, eh hem, Cars 2, set to a title sequence that says “There are emotions we have all shared,” “Joy,” “Fear,” “Anger,” “Disgust,” and “Sadness,” followed by, “Ever wonder where all those emotions really live?” What’s so clever and strange about this premise to me is that I don’t believe anyone has ever actually wondered that. I certainly have never wondered if there are people who are emotions living inside me, but in true classic cartoon fashion, Pixar asks the far-out question in such a way that you think, “hmm, maybe I should have been wondering that.”

Riley is shown in the same spot we saw her during the teaser-ish clip with Pete Docter and Jonas Rivera, sitting at her kitchen table with a staircase behind her. This time, though, we see her parents sitting on either side of her. AND, we get an introduction to the “voices in her head” as we zoom all the way into her mind. There, we seem to see something of the command center, with orbs rolling around like bowling balls in layers on the walls and shooting up through clear tubes ala Willy Wonka. They are colored to match the emotions and the only bit of plot related nod is that the Joy colored balls outnumber the rest, which goes along with the press release from earlier this year that Joy works hard to remain Riley’s most prominent emotion.

Pixar teasers are generally elusively tantalizing in their snippets of these worlds we all want so desperately to be a part of. Pete Docter had one of the most mysterious, with the teaser for UP in 2008 when we just get to see a million balloons slowly float past the screen, up, up, up. Then, we see…a house? And finally, an old man??? What is going on? Then, Mr. Fredricksen says, “Afternoon.” and you realize you have just witnessed one of the strangest, yet compelling trailers with almost zero plot or character development. 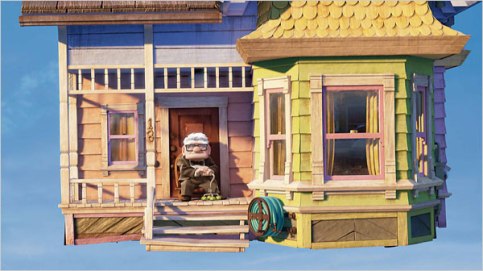 Brad Bird’s Ratatouille teaser from 2006 showed a gorgeous French restaurant, menu and cheese trolley with a snooty waiter (voiced by Bird) describing with fervor the delectable sélections de fromages until a…a rat! We see Remy dart around the restaurant and it’s beautiful, exciting and…not in the film. Though we learn in the teaser that Remy loves food, it doesn’t give away that he wants to make food.

Bird’s other Pixar film, The Incredibles, had a very memorable, funny teaser that introduced us to the character, Mr. Incredible, without going into anything of note plot-wise. He is bouncing around his office, trying to put on his utility belt, after receiving a call for help, but he is too fat to get it on. Classic slapstick.

Andrew Stanton’s WALL-E trailer from 2007 is one of the best ever in my opinion, with Stanton telling a little story about a “lunch in the summer of 1994” when he, Lasseter, Docter and the late Joe Ranft discussed several film ideas, including A Bug’s Life, Monster’s Inc. and “the story of a robot named WALL-E.” Cue classic WALL-E music and some great shots of the adorable little guy puttering around the planet, making cubes and just being generally awesome. Still, we have very little idea as to what will go down in this film.

Docter and Rivera’s first film together, Monster’s Inc., had a very mysterious teaser that showed us a bit of Mike and Sulley’s dynamic as they banter back-and-forth after getting lost, (“he must have read the schedule wrong with his ONE EYE”) but definitely left the audience completely unaware of what the film would entail. 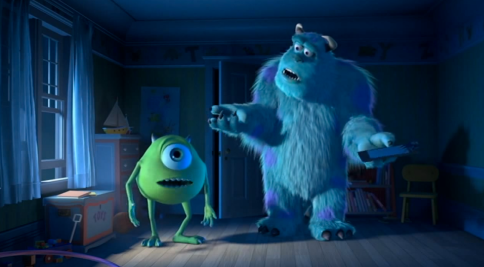 I could go on and on reviewing the teasers, but I suggest re-watching them yourselves and comparing them to what we got from Inside Out. Does this particular style of teaser suggest anything we can expect from the film? Like Monster’s University, Toy Story 3, Cars and others, we get to see a small amount of character interaction. Like WALL-E and Cars, the trailer begins by reminding us of past Pixar films and how awesome the company is. And like virtually all of their teasers, it is thought-provoking and incredibly refreshing.

This is an exciting time for viewers because after we watch the film, we will never be able to see the teaser in the same way again—we will know too much. For now, let us revel in the wonder and mystery of what a film about personified emotions will be like and hope that we can look back on the teaser as a fantastic forerunner of an amazing film.

1 thought on “Watch This: Teaser Trailer for Pixar’s ‘Inside Out’”