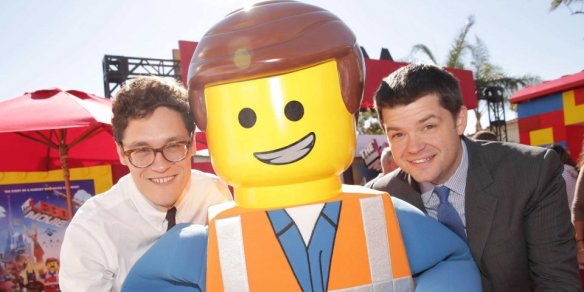 Deadline.com is reporting that Phil Lord and Chris Miller have signed the deal to write a sequel to their monster hit feature The LEGO Movie for Warner Bros. There is no word yet as to if the duo will also be directing the sequel.

Lord and Miller are in high demand. On top of the mega success of The LEGO Movie, they also scored another big hit this year with the live action sequel 22 Jump Street for Sony, which gives the directorial team two films in top ten highest grossing features of 2014. They currently have three comedy TV series at 20th Century Fox Television that they’re producing: Fox’s Last Man on Earth starring Will Forte, an untitled comedy pilot at CBS, and a remake of the 1980s series The Greatest American Hero for Fox.

Phil Lord and Chris Miller are busy, talented guys and we’re excited to see what kind of LEGO goodness they have in store for us when The LEGO Movie sequel opens in theaters on May 26th, 2017.