It may be unfair to rank animated characters from television on the same list as those from film. A long running cartoon series has so much more time to develop the character. This character has had over fifteen years, four hundred episodes and two full length feature films in which to pique our fascination. However, I believe that SpongeBob Squarepants won this spot on the top ten most fascinating characters from the first moment we met him in episode one, “Help Wanted,” which aired on Nickelodeon on May Day of 1999.

So, who lives in a pineapple under the sea? Stop right there. He almost wins it with the very location of his domicile. Absorbent and yellow and porous is he. SpongeBob Squarepants was thought up by marine biologist turned animation creative mind Stephen Hillenburg after Rocko’s Modern Life, an awesome show he was directing at the time, was cancelled. Now, I grew up in the heyday of wacky Nicktoons — we had Ren & Stimpy, Catdog and Aaahh!!! Real Monsters just to name a few. But, somehow, SpongeBob feels like the pinnacle player among a generation of zany premises for cable cartoons. Certainly it’s been Nick’s most financially fruitful show by far, earning billions (with a B) for the network.

So, he’s cute, he’s yellow, he has a very distinctive voice and he’s sweet as cotton candy (which we learn is what his brain is made of.) Sure, these are all fine qualities that make SpongeBob interesting, but what makes him truly fascinating to me are his qualities such as persistence, integrity and a childlike outlook on life. The creators of the show carved this little guy out right away–his character hasn’t deviated from the same wide-eyed dreamer we first met fifteen years ago. SpongeBob is shown to be reliable and an incredibly hard worker. He has fears of failure, but he can be roused by motivation from his friends and encouraging words. He is like a little kid (which was actually the crux of the plot for the first film) and he reminds us of how it felt when everything was important, exciting and wonderful as a child.

SpongeBob loves everyone and everything, from his pet snail Gary to his grouchy neighbor to his house to his job to his greedy boss. He is slow to anger and rich in kindness, displaying virtuous behavior rarely seen on TV for young and old viewers to look up to. I know that as is the case with many long-running shows, SpongeBob Squarepants may be said to have wandered from well-written wackiness to sub-par pandering, but I just finished the newest film, The Spongebob Movie: Sponge out of Water, and it was delightfully reminiscent of the endearing episodes I grew up watching. Some critics have noted the movie feels like a long episode and I agree, which was actually a positive attribute for me.

What else can be said about a sponge whose first words were, “May I take your order?” He is a brilliant example of a character with character. He has a pet snail who meows, a best friend whose a starfish, another friend who is a squirrel from the surface and they all live together under water in Bikini Bottom where buns don’t get soggy. Plus, his laugh—c’mon! SpongeBob is a force to be reckoned with and I’m glad I don’t have to imagine the world without him. 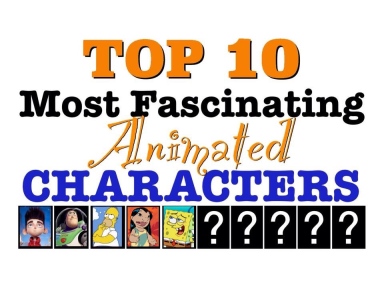