Sony Pictures Entertainment and Rovio Entertertaiment debuted a teaser trailer for their upcoming animated feature film based on the popular Angry Birds game.

Check out our first real look at The Angry Birds Movie:

A teaser poster has also made its debut: 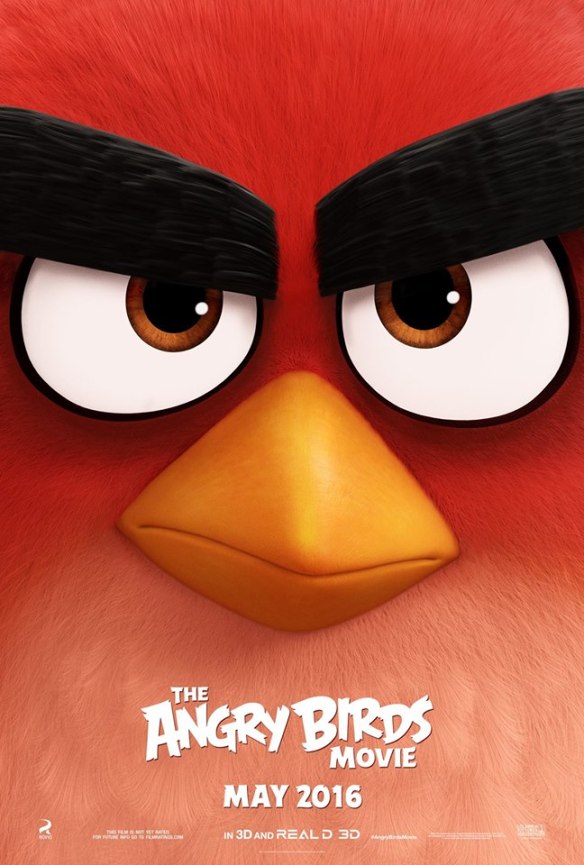 The movie takes us to an island populated entirely by happy, flightless birds – or almost entirely. In this paradise, Red (Jason Sudeikis), a bird with a temper problem, speedy Chuck (Josh Gad), and the volatile Bomb (Danny McBride) have always been outsiders. But when the island is visited by mysterious green piggies, it’s up to these unlikely outcasts to figure out what the pigs are up to.

Directed by Clay Kaytis and Fergal Reilly, the film boasts an impressive lineup of comedy actors providing the characters’ voices, including the previously mentioned Jason Sudeikis, Josh Gad, and Danny McBride, along with Maya Rudolph, Kate McKinnon, Bill Hader, Kennan-Michael Key, Tony Hale, and many others.