After what has seemed like 10,000 years (which can give you such a crick in the neck, as you know), Aladdin, one of our favorite film’s from Disney Animation’s second golden age, has finally been released in the U.S.A. in glorious HD. 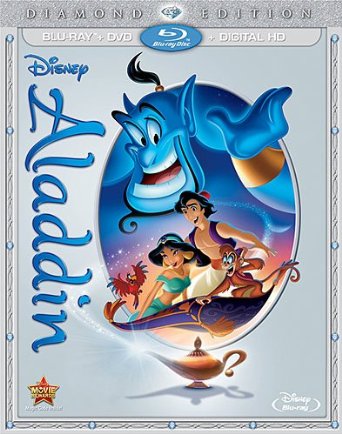 Originally released in theaters in 1992 and on DVD for the first time in 2004, Aladdin has never looked and sounded better than in this new HD transfer. The animation truly sparkles. The new DTS-HD 7.1 sound mix also provides an outstanding sonic experience.

I absolutely adore this film and watching it again, especially in this beautiful format, has been a true delight. The film still holds up great, and I love it as much now as I did when I first saw it in theaters in 1992.

Next is “Unboxing Aladdin,” which highlights the Easter eggs included in the film. Then there’s “Genie 101,” hosted by Scott Weinger (the speaking voice of Aladdin), which is a fun and information explanation of all of the pop culture references of all of the Genie’s transformations. 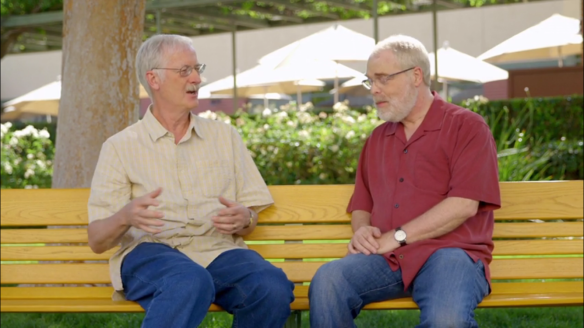 There is also a nice feature called “Ron & John: You Ain’t Never Had a Friend Like Me” which highlights the friendship and working relationship of the film’s directors and long-time collaborators Ron Clements and John Musker. (Ron and John are currently directing Walt Disney Animation Studios’ Moana, which will be released in U.S. theaters on November 23rd, 2016.)

Probably the highlight of the special features and of the set itself, next to the actual film, is the “The Genie Outtakes” feature. Beginning with an intro from Ron Clements and John Musker along with Eric Goldberg, the supervising animator of the Genie, the three reminisce about working with Robin Williams. Eric Goldberg then shows a series of new animated storyboards he created using outtakes from the Robin Williams’ recording sessions for the film. The feature is hilarious, a tear-jerker, and a fitting tribute to the one of the most memorable performances ever put into feature animation. Here’s a sample:

As an added bonus for our loyal AF readers, Disney has shared come cool behind-the scenes stuff with us. Check out this great video with Brad Kane, the singing voice of Aladdin, talking about his experience making the film:

We also love this fantastic Aladdin concept art also provided by Disney. Click on the images in the gallery below to enlarge them. Enjoy.

This new HD edition of Aladdin is a must-own for any Disney fan. It’s now available for purchase in a variety of formats from your favorite Blu-ray and Digital HD retailers. Buy it now before it gets put back into the Disney “vault.”