If you saw The Peanuts Movie over the weekend (which hopefully you did), you probably also saw Blue Sky Studios’ new Ice Age short Cosmic Scrat-tastrophe. The short is now available on the Fox Family Entertainment YouTube channel.

The short film, directed by Mike Thurmeier, is basically another glorified advertisement for the next Ice Age movie, Ice Age: Collision Course, which opens in U.S. theaters on July 22nd, 2016. This time, Scrat is chasing the acorn into outer space (really).

While I can’t say I really loved the short, I really like this poster that riffs on The Martian. 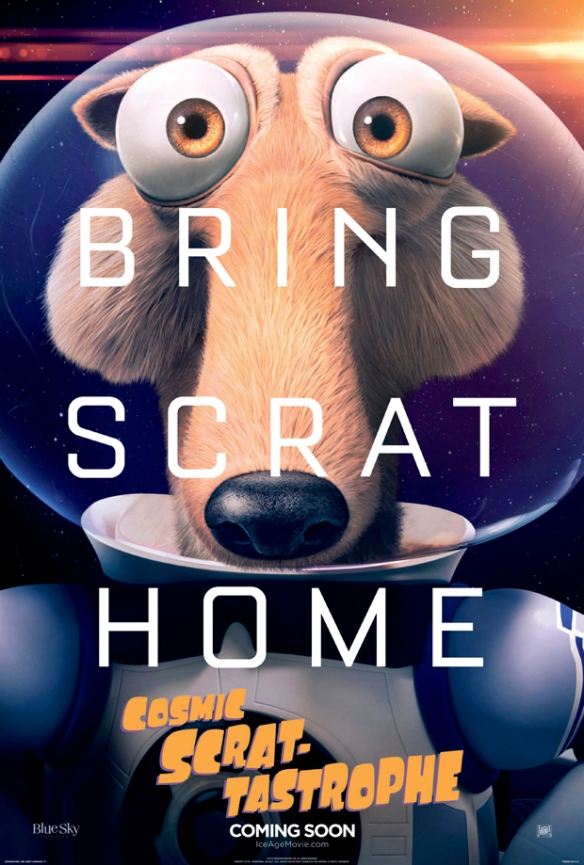