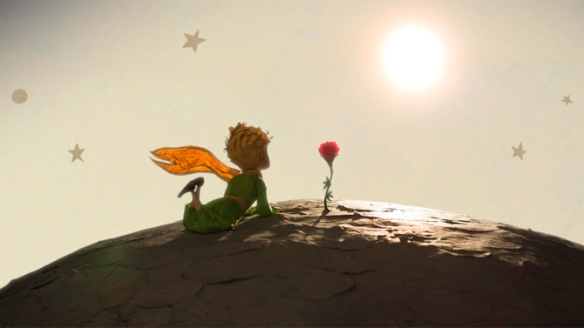 Paramount Pictures has released a new trailer for its upcoming U.S. release of The Little Prince.

Based on the beloved book by Antoine de Saint-Exupéry, The Little Prince interweaves the story and visuals from the book with a new narrative about a little girl, her ambitious and demanding mother, and their kind but unusual neighbor who just happens to have an airplane in his backyard.

Directed by Mark Osborne (Kung Fu Panda), the film was created by On Animation Studios in France with other artistic and financial partners. It made its debut at the 2015 Cannes Film Festival. Paramount will be distributing an English dub for the U.S. market. The English language voice cast includes Rachel McAdams, Paul Rudd, James Franco, Marion Cotillard, Paul Giamatti, Albert Brooks, and Jeff Bridges.

I had the chance to see the film on a recent trip and will post a report soon.

Watch for The Little Prince in U.S. theaters on March 18th. Check out the film’s official website and Facebook page, too.