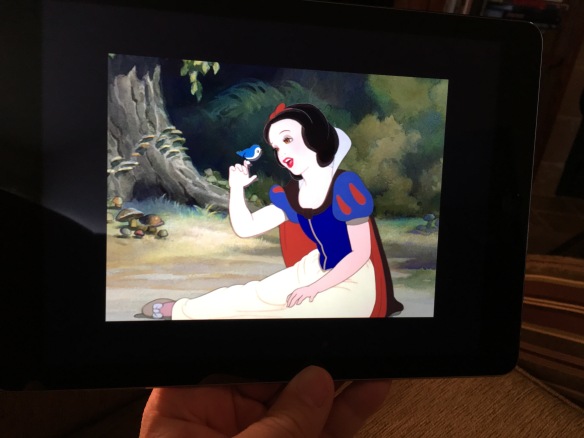 This is me (or my hand) holding my iPad while watching one of my favorite animated features of all time, Snow White and Seven Dwarfs. Yes, on my iPad!

Sure, we’ve all been watching movies on our mobile devices for quite some time now. Still, there was something noteworthy to me about being able to watch a pristine, crystal clear “print,” if you will, of Walt Disney’s masterpiece on my iPad for the first time. 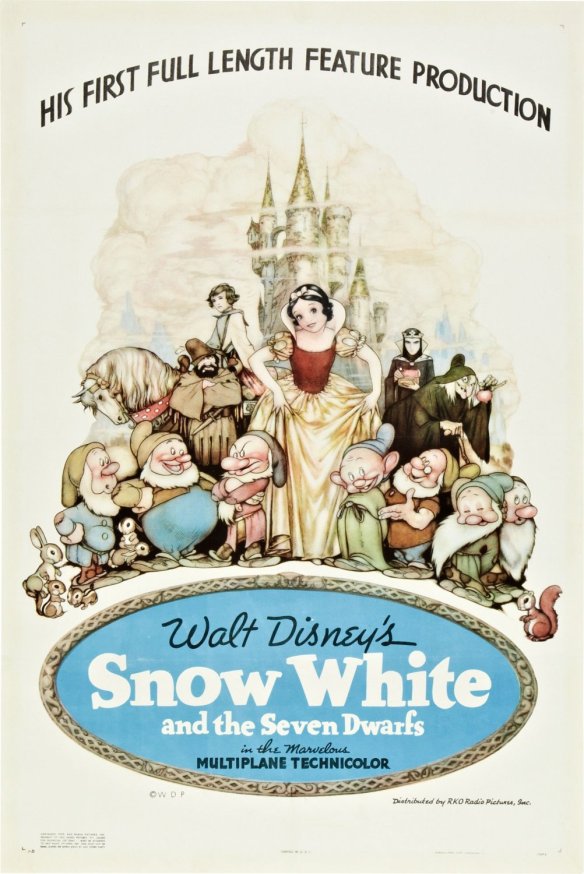 Snow White has enjoyed a lot of “firsts” over the years:

On a personal level, I just remember as a kid seeing Snow White on the big screen during one its many theatrical re-releases and being charmed, terrified, and delighted by the masterful storytelling and amazing art and imagery. And it felt the same to me again watching this beloved film on my iPad (!). The setting might have been different, but the feelings remained the same.

Snow White and the Seven Dwarfs—whether it be in a theater or on a Blu-ray player or an iPad—is “still the fairest of them all.” I hope that you and your family will take the time to enjoy this classic film again soon, in any format. 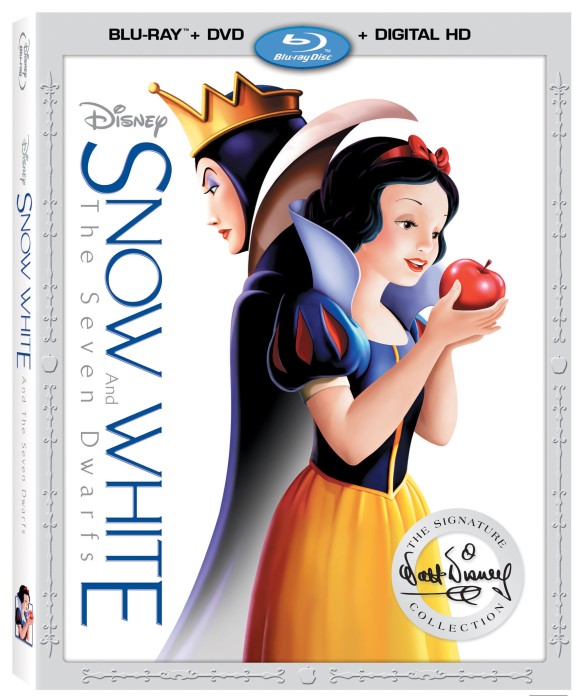 While the 2016 release doesn’t seem as robust as previous Blu-ray releases of the film (see the excellent write-up by DVDDizzy.com for a complete comparison), and I’m still not sure what the “Walt Disney Signature” collection means except for the cool badge on the cover art, it’s still wonderful to have this film now in the versatile Digital HD format. 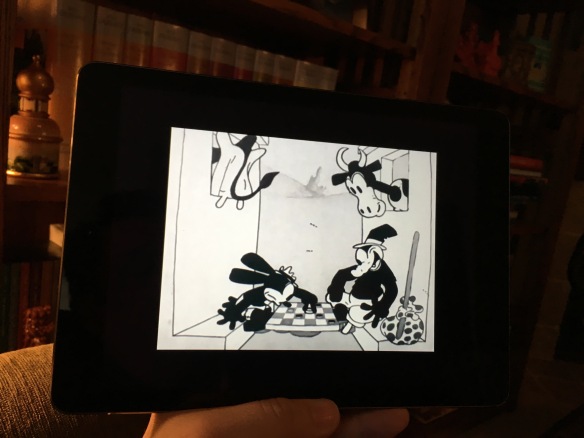 Watching an Oswald the Lucky Rabbit cartoon—on my iPad!

Also of interest is if you buy/download a Digital HD copy of Snow White and the Seven Dwarfs and bring it into the Disney Movies Anywhere app, you get Hungry Hobos, a bonus Oswald the Lucky Rabbit cartoon originally released in 1928. It might not be the most compelling cartoon short ever made, but it is a fun bit of Disney history (and it’s still so great having Oswald back in the Disney family where he belongs). Other bonus features are listed below.

Bonus Features: In Walt’s Words: Snow White and the Seven Dwarfs – For the first time ever, hear Walt himself talk about Snow White.

@DisneyAnimation: Designing Disney’s First Princess – Modern day Disney artists discuss the design of Snow White and how it influenced the look of some of your favorite Disney characters. [These @DisneyAnimation bonus features continue to be some of my favorite things to be put on these recent Disney home entertainment releases. I hope they keep it up! —Stan.]

The Fairest Facts of Them All: 7 Facts You May Now Know About Snow White – Disney Channel star Sofia Carson reveals seven intriguing facts about Snow White.

Snow White in Seventy Seconds – Rap along with this hip reimagining of the story.

Ratings: G in U.S.A. and Canada (bonus materials are not rated)