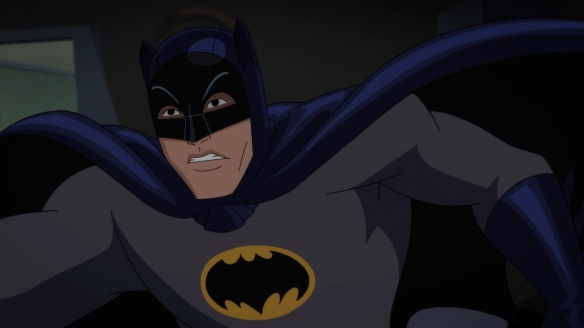 Warner Bros. Home Entertainment and DC Comics are going to debut their new DC original animated movie Batman: Return of the Caped Crusaders in some cool ways, including a big screen event partnering with Fathom Events on October 10th.

This new DC original animated movie has some unique things about it. First, it’s the debut of a new “DC Classics Collection,” which we assume means that there will be more DC original animated films done using vintages styles, themes, storylines, casts, etc. (please correct me if I’m wrong).

Next, the animated film is set in the 1960s with a very similar look and style to the campy Batman TV series that ran from 1966 to 1968 on ABC. Voice talent for the film includes three members of the original TV show cast: Adam West as Batman, Burt Ward as Robin, and Julie Newmar at Catwoman.

In the new film, Penguin, The Joker, Riddler and Catwoman “have combined their wicked talents to hatch a plot so nefarious that the Dynamic Duo will need to go to outer space (and back) to foil their arch enemies and restore order in Gotham City.”

In addition to the film, Fathom Events audiences will get an exclusive pre-screening introduction along with a post-screening preview of Those Dastardly Desperados, a featurette that explores how the villains “became more than just antagonists in a Batman story – they became icons of American pop culture.”

The film will be available on your favorite Digital HD platforms on October 11th and on Blu-ray and DVD on November 1st. 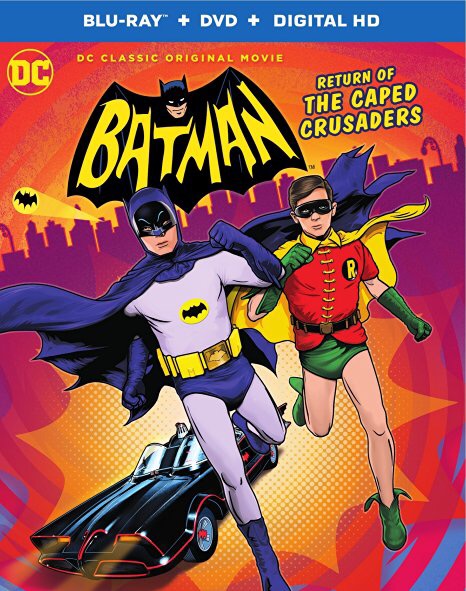