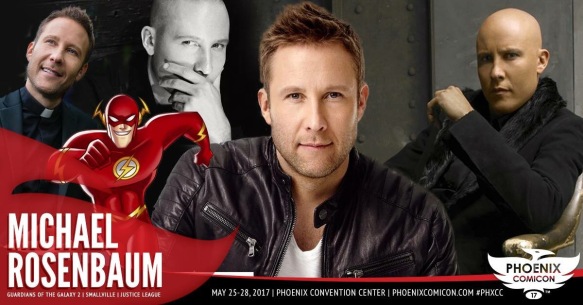 Michael is a versatile actor and voice actor. He is the voice of The Flash (along with multiple other characters) in many DC animated series and movies. He is also well known for playing young Lex Luthor in the Smallville TV series.