Ron Clements and John Musker, one of the great animation directing teams at Walt Disney Animation Studios, are getting ready to release Moana, their seventh film for the studio. To celebrate, Walt Disney Animation Studios is having a retrospective of the films of Ron and John this October at the El Capitan Theatre in Hollywood, California.
END_OF_DOCUMENT_TOKEN_TO_BE_REPLACED 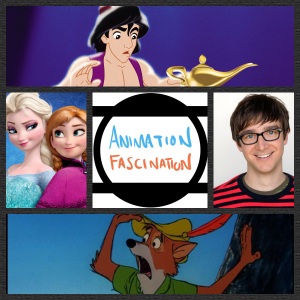 It’s a Walt Disney Animation Top Ten episode, so who better to join Marc for this best of list other than Tom Fonss himself. Are any of your favorite films on either of their lists? Maybe… probably. But you can’t know for sure unless you listen.

Also discussed: Doctor Who, Rocky and Bullwinkle returning to the big screen, the 19 films that may or may not get nominated for a Best Animated Feature Oscar, and trailers for The Lego Movie, Maleficent, and Mr. Peabody and Sherman.

END_OF_DOCUMENT_TOKEN_TO_BE_REPLACED

Cowabunga! In this episode Marc and Matt are joined by guest host Cory Armstrong to discuss the Ninja Turtles. The evolution of the heroes in a half shell from 1987 to 2012, our favorite turtle, and which series had the best theme song are all just a few of the slices in this episode pizza. All this plus much, much more…