Welcome to Animation Fascination, a podcast/site dedicated to the awesome world of animation. Your hosts are Marc Vibbert and Matt Quest (who share an obsession for animation), and they are occasionally also joined by guest hosts. Each episode we will catch you up with news, give you our recommendation for where to find some great animation, film reviews, and then whatever our main topic is that week. Our main topics range from old & new animated series or films, to interviews with different artists from the world of animation (i.e. voice actors, animators, storyboard artists, etc). 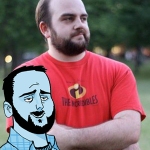 Marc is a huge film & television geek, but he’s also a husband and a father. After graduating with an Associate’s Degree in Television/Radio Broadcasting and a Bachelor’s Degree in Cinema & Screen Studies (while winning a few awards for his short films along the way) he has been actively pursuing a career in the film & television industry. His dream is to one day work for Pixar Animation Studios, with an ultimate goal of directing feature films.

Raised on Disney and Nickelodeon, this is where his obsession for animation began and grew through the years. His top five favorite animated films are: The Incredibles, Aladdin, The Lion King, An American Tail, and The Nightmare Before Christmas. 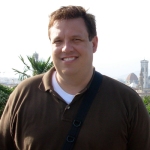 Stan is crazy about animation, particularly Disney animated motion pictures. He grew up on a steady diet of books, music, TV cartoons and animated films. A graduate of the University of Utah with a BA in English, Stan works full-time as a writer, designer and publications manager for a software application development group. He sings with the Mormon Tabernacle Choir. Stan is also a big fan of reading, Disneyland, and the Los Angeles Dodgers.

When he is not working or singing,  enjoys spending time with his family and friends and watching movies. Although he adores his Netflix account, his favorite way to see a movie is in a theater with digital projection and Dolby sound, along with popcorn, Dots (or Milk Duds) and a Diet Coke in tow. He blogs about his movie watching projects at www.stanfordclark.com. His top five favorite animated films are: Peter Pan, Beauty and the Beast, Aladdin, Toy Story, and The Incredibles. 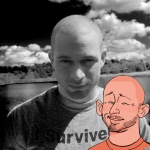 Matt attended Alfred State College, receiving an Associate’s Degree in Computer Art
and Design and a Bachelor’s Degree in Digital Media and Animation. He has worked all over the graphic media industry creating content for advertising, video games, and animated shorts. He is a Director, Filmmaker, Animator, and 3D Lighting & Rendering Specialist.

Matt is currently working as a Visualization Design Specialist. He also teaches animation classes in his spare time at Villa Maria College in Buffalo, NY. His favorite animated films are:  Howl’s Moving Castle, Fantastic Mr. Fox, Rango, and Cloudy with a Chance of Meatballs. 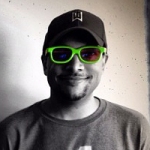 Animation fanatic, born and raised, in front of the television is where he spent most of his days. Chillin’ out maxin’ relaxin’ all cool and watching some cartoons right after school. When a couple of guys who were up to no good, starting makin’ podcasts in his neighborhood. He got on one little episode and his mom got scared and said, “You’re podcasting with Matty and Marc in Bel-Air.”

Vactor’s favorite Pixar film is Wall-E. Rango, How To Train Your Dragon, and Kung-Fu Panda also top his list of favorite animated films. 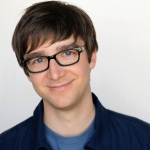 Tom is an actor, writer, host and film & TV nerd (probably to the point of being obnoxious and/or pathetic). He is a graduate of the UCLA School of Theater, Film & Television and an alumnus of the improv/sketch comedy theater the Groundlings. His acting TV Credits include: Community, The Big Bang Theory, The Crazy Ones, Spy (ABC pilot), Jimmy Kimmel Live, Austin & Ally, and Marvin Marvin. He was the host & head writer for Screen Addict and The Best List on the Cinefix Channel. He also plays the character “Gub” of the Dungeons & Dragons podcast Critjuice.

His top five favorite animated films are: Disney’s Robin Hood, Finding Nemo, The Nightmare Before Christmas, Wall-E, and pretty much everything that airs on TV during Christmas time (Rankin/Bass stop-motion, don’t even get me started). 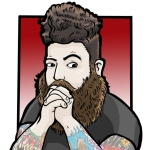 A lover and admirer of all forms of art, Matt H. finds himself most drawn to Television and Film. He believes that both have the power to inspire and affect viewers in an innumerable amount of ways that very few other mediums can. Refusing to give in to a digital only future, Matt is a proponent of physical media, consistently adding to his Blu-Ray collection that now totals nearly thrice the amount of bones found in the human body. He is a regular contributor to TheHDRoom.com, owns four cats and is what some may call a beard enthusiast. He has a lovely wife and they both still think that farts are very funny.

Matt would not be who he is today without his favorite family, The Simpsons. He won’t fight you if you say the show hasn’t been good since season 9, but he will tell you that you are wrong. Being raised in Alabama and having spent most of his adult life in Georgia, he can attest that Squidbillies is 100% medically accurate. His top five animated films are: The Secret of Nimh, Who Framed Roger Rabbit?, The Land Before Time, Aladdin, and Fantasia.

From across the pond Phil is the British division of Animation Fascination. Phil was raised on Disney movies, 80’s cartoons, and comics. His obsession with Batman runs so deep that he has the insignia engraved on his wedding ring. A recent graduate of the University of Portsmouth where he gained a BA in animation, he is currently on the hunt for his big break into the industry.

Aside from being an animation and film fanatic he is a huge Beastie Boys fan, loves the outdoors and is on his way to building a family. His five favorite animated films are: The Iron Giant, Monsters Inc, Ratatouille, Monster House, and Toy Story 3. 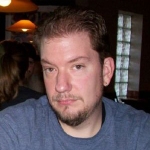 Jon has loved animation for most of his life, and started making his own animated shorts in grade school. After deciding that writing was a much easier way to tell a story, Jon gave up a career path in the visual arts and devoted his life to the written word. He achieved a degree in History and Creative Writing from Indiana State University, and has worked for some of the best publications and websites in the country. Not a day goes by that Jon regrets his decision.

A self-described “voice over nerd,” Jon has an uncanny ear for voice acting in animation, gaming and other media, and can match actors with voices very well. In fact, he would love to pursue a side career as a voice-over specialist, and was thrilled to be told that he had an excellent voice by none other than the legendary Michael Bell himself. All that singing in the shower is definitely paying off. His top five animated films are: The Lion King, The Iron Giant, Aladdin, Shrek, and South Park: The Movie. 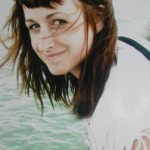 “All righty! Trot out the ladies! Let’s take a look-see. Hate your hair, not likely, yikes, yikes, yikes, and let me guess, you have a great personality. Is this really the best you could do?” – Kuzco, ‘The Emperor’s New Groove’

Girl power! Jessica is an aspiring storyboard artist and animator studying at CSU Stanislaus. She loves listening to animation podcasts and learning about all things film related. Her favorite childhood memories include watching cartoons, preparing for trips to Disneyland, drawing, writing and reading comic books. Her lifelong goal is to work at an animation studio and make some wonderful films.

Her favorite animator of all time is Glen Keane (followed closely by Andreas Deja, James Baxter, Nik Ranieri and Eric Goldberg) and her favorite live action film is Eternal Sunshine of a Spotless Mind. Some of Jess’ favorite animated films are The Lion King, Wall-E, Aladdin, The Incredibles, and The Iron Giant. 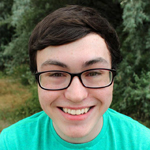 Travis is a 20-year-old self-proclaimed “all-around geek” with an incredibly strong passion for all things movie related. Collecting Blu-rays and steelbooks, building props, and searching for illusive, limited edition posters are just a few things that he loves to do in his spare time.

When he isn’t glued to his computer screen, he is pursuing his dream of a college degree, writing for his website, The Bucket, or collecting ideas for his next short film. Some animated films that he loves are ParaNorman, The Iron Giant, Rango, Despicable Me, and The Incredibles. 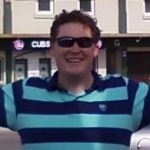 Eric was raised watching Disney films as well as Saturday morning cartoons, animation is a big part of his life. He currently works for a major airline (as well as part-time at a local comic book store) and lives in Baltimore, Maryland.

His other interests include comics, tabletop gaming, video gaming, Star Wars, hockey and baseball. He also loves to travel and hopes to visit Skywalker Ranch someday. Eric’s favorite animated movies are The Incredibles, Wreck-It Ralph, How to Train Your Dragon, Treasure Planet, and Monsters Inc.

Our logo was created by Pixar Story Artistextraordinaire Austin Madison.

7 thoughts on “About Us”