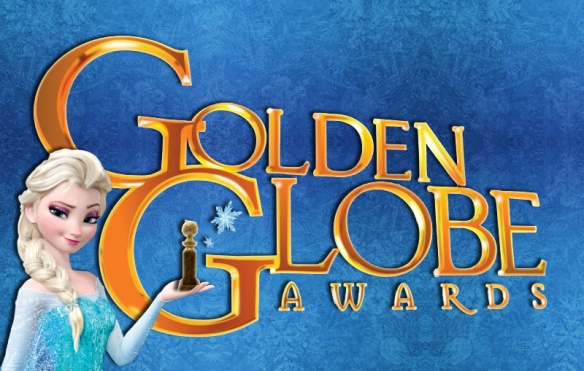 Walt Disney Animation Studios’ hit film Frozen took home the Golden Globe last night for Best Animated Feature Film. Frozen won over DreamWorks Animation’s The Croods and Illumination Entertainment’s Despicable Me 2. The co-directors of Frozen Chris Buck and Jennifer Lee were on hand to accept the award. Also in attendance at the Golden Globe Awards ceremony in Los Angeles was Disney and Pixar chief creative officer John Lasseter (the Golden Globes just happened to coincide with his birthday so the award was a nice birthday present, that’s for sure).

“Let It Go,” the mega-popular mega-ballad from Frozen was also up for a Golden Globe in the Best Original Song–Motion Picture category, but lost to the Nelson Mandela tribute song “Ordinary Love” written and performed by U2 for the new bio pic Mandela: Long Walk to Freedom.

Studio Ghibli’s latest film The Wind Rises was also up for Best Foreign Language Film (it was the only animated film in the category), but it lost out to The Great Beauty, a live action drama from Italy.

Congratulations to our friends at Walt Disney Animation Studios for the win!